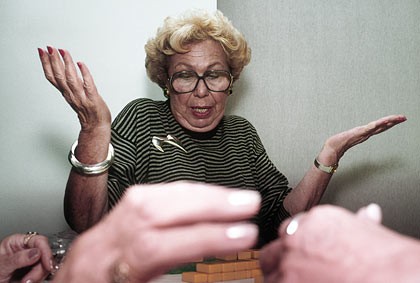 By Judi Hasson | for AARP.org

For generations, mothers-in-law have been the butt of jokes, the villains in movies, and OK, probably occasionally a total nightmare in real life. But now you’re playing that role and you certainly don’t want anyone to cast you into those old stereotypes.

Don’t worry: There are plenty of ways to be a mother-in-law without those negative vibes and strained interactions.

“You have to humbly recognize that your son or daughter’s primary attachment has shifted from you to his or her spouse,” advises Dr. Kay Kosak Abrams, a clinical psychologist and family relations expert in Kensington, Md.

That’s not always easy. Sometimes you have to bite your tongue, forget about nagging, curb the urge to be judgmental, and just avoid the furrowed brow, the frown or “that look.” In other words, accept what is and what you cannot change, savor this phase of life and avoid alienating your child’s spouse.

Liz Bluper, co-author with Renee Plastique of Mothers-in-Law Do Everything Wrong, has some tough advice for the mother-in-law: Don’t be overbearing. Don’t go on the honeymoon, avoid redecorating your children’s homes while babysitting the grandchildren, and refrain from buying underwear for your sons.

Here are a few other dos and don’ts for mothers-in-law to help ensure peace of mind and good relationships: