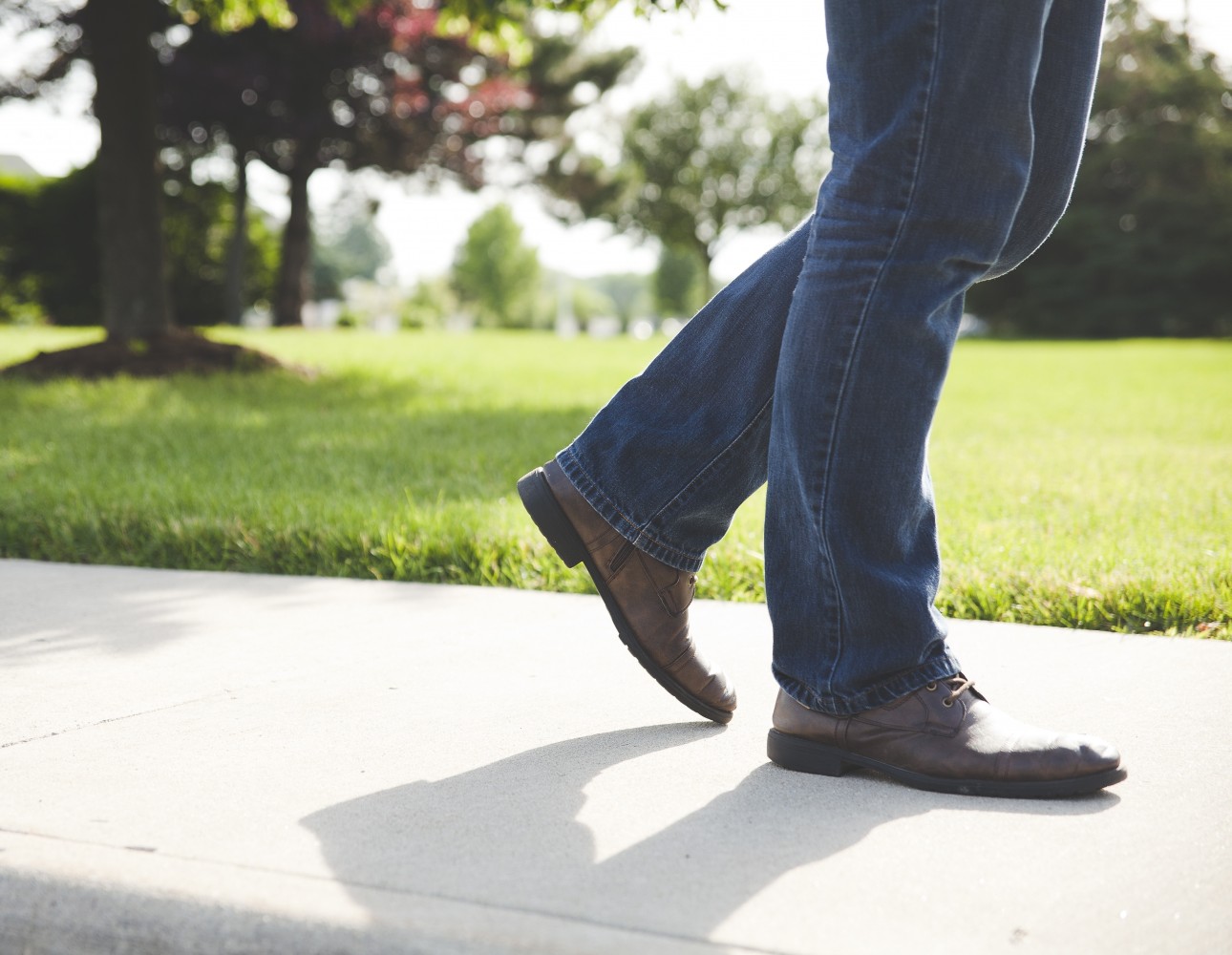 Thousands of strapped homeowners are simply abandoning their homes before foreclosure even begins.

The stories of three families illustrate the personal and financial trauma.

The mortgage industry calls it “jingle mail” — keys that arrive in envelopes from homeowners who’ve decided they’d rather walk away than fight to make impossible payments.

“Nobody was mailing in the keys when property values were rising,” said Andrew Jakabovics, the associate director of the Economic Mobility Program at the Center for American Progress, a liberal think tank in Washington, D.C. “This kind of behavior is clearly growing.”

“I had to take a walk. I tried and tried to make things work,” said Linda, who works in the housing industry in Tampa, Fla., and asked that her last name not be used.

“As a mom, I feel like I let my children down,” Linda said. “It’s a terrible embarrassment, and it’s humiliating. You would hope the life lesson learned is that you hold your head high and you keep on moving.”

Her situation is not unique. Thousands of people are abandoning their homes even before the bank starts to foreclose, realizing they have bitten off more than they can ever chew. For some, it’s payments that are about to reset hundreds, if not thousands, of dollars higher. For others, it’s the loss of a second paycheck.

Yet their problems are really just beginning when they shut the door for the last time.

Banks report the loans delinquent, then seize the properties and foreclose on them. Like it or not, there’s a terrible black mark on the homeowners’ records that could affect any other credit they have, their car insurance rates, their ability to rent a home or apartment, even their job prospects.

Federal Reserve Chairman Ben Bernanke recently estimated that about 45% of foreclosures in 2007 were on private, near-prime or government-backed mortgages. And that means plenty of people who thought they were fine are facing catastrophe, never expecting that their homes would be worth less than the purchase price.

The median first-time buyer put down less than 2% to buy a house in 2007, according to the National Association of Realtors. Many put down nothing, even borrowing to cover closing costs.

“If you didn’t put anything down, it’s much easier to walk away,” said John Mechem, a spokesman for the Mortgage Bankers Association.

Businesses are cropping up to speed the process.

In California, YouWalkAway charges homeowners $995 to guide them through the process. (“If you are walking away from more than one property, the second property is half price,” the company’s Web site says.)

YouWalkAway has sold its advice to about 1,000 customers and has opened operations in 11 other states: Arizona, Colorado, Connecticut, Florida, Illinois, Nevada, New York, Michigan, Ohio, Oregon and Washington.

Co-founder John Maddux sees the crisis as a product of careless lenders and borrowers who saw homes as a quick way to make money. Yet he is sympathetic to those “stuck in this mess.”

“They have to decide whether to pay their health insurance. The problem isn’t that their finances are in trouble. It’s that the mortgage is too high, and it’s taking up too much income,” Maddux added.

Shalimar Santiago, a real-estate agent and the owner of Common Ground Property Investments in Tampa, counsels homeowners about their options in Florida. Her business is growing, too.

“I always ask, ‘Do you want to keep this house?’ A lot of times, they just walk away,” Santiago said.

Foreclosure doesn’t mean the end of the world. You can still recover your credit. Here’s how.

Homeowners should investigate free services before paying a third party.

“We often pay for services that we can do ourselves. I pay someone to wash my car. I can wash it myself,” said Gail Cunningham, a spokeswoman for the National Foundation for Credit Counseling.
The foundation has 2,400 certified counselors available across the country. She urges people who think they have problems brewing to make a call or visit its Homeowner Crisis Resource Center. “The sooner they come, the more resolution options are open to them,” Cunningham said.

The Consumer Federation of America also recommends HopeNow, a coalition of lenders and credit counselors that outlines options for homeowners.

Linda’s family now lives in a rented condo. Their credit is ruined.

It was a far different tale three years ago. The Tampa resident, her husband and two children moved into a $400,000 three-bedroom home. It had a pool and faced the beach. The couple thought they could afford the $2,100 monthly mortgage payment on their $160,000 income. It sounded like a good deal. There was no down payment, and they paid $9,000 for closing costs.

Then life for Linda and her family suddenly turned sour.

The bank notified them that their monthly payment had been miscalculated, that taxes and insurance for two years should have been included. To fix its mistake, the bank increased Linda’s monthly payment to $5,000 a month to get what was owed. And the family moved out of the house before the bank began to foreclose. “I left the keys in the door, hanging in the door,” Linda said.

In California, Ismael, a Navy officer, went to YouWalkAway for help. He paid the $995 fee to get some advice. The company spelled out his options but did not tell him what to do.

Ismael, 37, still lives in his four-bedroom house in Menifee, Calif., for now. But he is ready to leave.

“The situation I am in is really ugly,” said Ismael, who asked that his last name be omitted. “It’s better for me to walk away and leave the stress and everything that is involved in this home. I am about 95% sure I am walking away.”

The single parent of a 3-year-old, Ismael bought his $370,000 home in 2005 for no money down, qualifying on his mid-$40,000s salary. (That’s about triple what he might have qualified for under more traditional lending guidelines used in MSN Money’s Housing Affordability Calculator.) He was paying $2,700 a month for an adjustable 8.25% loan.

Then he and his girlfriend split up, reducing his household income to a single paycheck at the same time the mortgage was adjusting upward. To add to his struggles, the value of his house dropped by $145,000.

Yadira Magaña, a medical biller in her early 30s in Oxnard, Calif., has a similar story. She walked away from her $585,000 home in June 2007. When she bought it, Magaña thought she had gotten a great deal. She made a $16,000 down payment on the house. But she lived there only eight months before her marriage collapsed.

She couldn’t afford to pay the $4,500 monthly interest-only mortgage, plus taxes and insurance separately, on her own $50,000 income. So she and her two children moved into her mother’s house.

In Magaña’s case, the bank declined to do a short sale (for less than was owed on the mortgage). “I told the bank I was leaving. I couldn’t afford the home. The bank was not trying to help me or suggest different options. The only thing to do was let the home go,” said Magaña.

Meanwhile, her credit rating drops every month. It’s now in the 500s, when an excellent score is 750 to 800. Her decision to walk away will be on her record for years to come.

“I left the keys on the counter. I felt like a failure,” she said.

No walk-away service or counseling is a panacea. Mailing back the keys or leaving them on the counter does nothing to change the foreclosure process or its damage to credit.

“There is some kind of irrationality to people’s judgment, thinking they can avoid a penalty, said Allan Fishbein, the director of housing and credit policy for the Consumer Federation of America.

Bruises start to show even before the home enters foreclosure; late payments are noted on credit records at 30, 60 and 90 days — every time a payment is missed. A single missed mortgage payment, says MSN Money columnist and credit expert Liz Pulliam Weston, knocks 100 points off your credit score. Every missed payment thereafter compounds the damage.

With that sale, the foreclosure is etched on the homeowner’s record, usually for seven years. In many states, the (former) homeowner is still liable for the unpaid balance even after the sale.

Some lenders will agree to take a house back and release the borrower from the mortgage, a process known as deed in lieu of foreclosure. It does have the benefit of being more attractive to the lender than a costly foreclosure, especially if the amount owed isn’t drastically more than the house is worth.

A short sale, in which a buyer agrees to sell a house for whatever he can get and the lender agrees not to pursue him for the balance, and which shows up as a “settlement” on credit reports, is no kinder to a credit history because it usually comes long after the loan is in trouble.

The direct effect of any of these outcomes on credit scores is dramatic, and it ripples through every corner of borrowers’ financial lives. The former homeowners will be unable to get new credit at reasonable rates, and issuers of their existing credit cards can raise interest rates because they are considered greater risks.

In some states, insurers calculate a risk score from the same data used to figure credit scores. The lower the score, the higher your rates. (See “5 people who check your credit.”)

If you want to stand and fight

Buyers in over their heads have only a few options for keeping their homes.

“The first thing I go after is to try to do a loan modification. It makes a big difference what bank it is,” said Santiago, the Florida housing counselor.

A modification changes the terms of the original loan, extending a discounted interest rate, for example, or rolling late payments back into the loan.

Foreclosure doesn’t mean the end of the world. You can still recover your credit. Here’s how.

A lender must agree, but the advantages are quickly becoming obvious. “It would still be a better deal for a lender to keep the homeowner in the home at the level they can afford rather than forcing them into foreclosure,” said Fishbein, of the Consumer Federation of America.

Another option for drowning homeowners is Chapter 13 bankruptcy, which stops the foreclosure process temporarily and gives the borrower time to work out a repayment plan. (See “Your lender doesn’t want your house.”)

“That doesn’t mean you can never recover,” columnist Weston said. The foreclosure or bankruptcy may take seven years to drop from your credit reports, but you can begin to rehabilitate your credit almost immediately.

With responsible credit use and on-time payments, you can boost your scores to near-prime levels in three to four years. Home lenders may shy away from you for a few years after that, although it’s difficult to predict future lending conditions or how much of a stigma foreclosure will have once so many people have been through it.

Linda, the housing industry worker from Tampa, agrees. “People need a place to live,” she said. “It will pass.”

PDF: Homeowners who just walk away